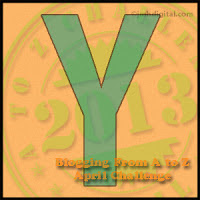 Everyone needs a good laugh on a Monday morning.  I have been posting songs that meant a lot to me, that made me think, and one or two that made me chuckle.  Today's offering was written and composed by a man who was responsible for most of the truly clever lyrics found in songs from the thirties through the sixties.


Deft turns of phrase, sly humor were the hallmarks of Cole Porter's work.  I wanted to use Begin the Beguine, or a couple others, but they were ruled out this past month.


But while 'You' sung by the Carpenters, or 'You've Got a Friend' by James Taylor, 'Yellow Submarine' by the Beatles or – what I was going to chose – Year of the Cat by Al Stewart were strong runners, I present instead…


The Yale Fight Song by (then) undergraduate Cole Porter:

When the sons of Eli
Break through the line
That is the sign we hail
Bulldog!  Bulldog!
Bow, wow, wow
Eli Yale!

If you've had enough jolliness, I present my real top choice:

The Year of the Cat:

On a morning from a Bogart movie
In a country where they turn back time
You go strolling through the crowd like Peter Lorre
Contemplating a crime
She comes out of the sun in a silk dress running
Like a watercolour in the rain
Don't bother asking for explanations
She'll just tell you that she came
In the year of the cat.

She doesn't give you time for questions
As she locks up your arm in hers
And you follow 'till your sense of which direction
Completely disappears
By the blue tiled walls near the market stalls
There's a hidden door she leads you to
These days, she says, I feel my life
Just like a river running through
The year of the cat

She looks at you so cooly
And her eyes shine like the moon in the sea
She comes in incense and patchouli
So you take her, to find what's waiting inside
The year of the cat.

Well morning comes and you're still with her
And the bus and the tourists are gone
And you've thrown away the choice and lost your ticket
So you have to stay on
But the drum-beat strains of the night remain
In the rhythm of the new-born day
You know sometime you're bound to leave her
But for now you're going to stay
In the year of the cat.
Posted by Diana Wilder at 3:12 AM

Email ThisBlogThis!Share to TwitterShare to FacebookShare to Pinterest
Labels: A to Z