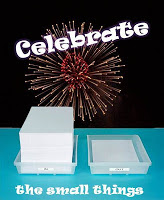 Once upon a time, a lovely lady and writer and blogger named VikLit had the idea to start a blog hop commemorating the little things that make our lives (or weeks or days or moments) something to celebrate.  After some years, she turned it over to
Lexa Cain and her two delightful co-hosts L.G. Keltner @ Writing Off The Edge and Tonja Drecker @ Kidbits,

I am celebrating the close of another week, the prospect of a (nearly) spring weekend, and the opportunity to get a little reading and writing done. 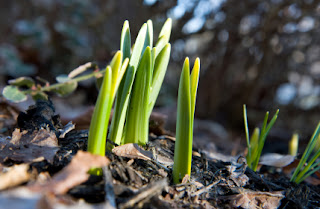 Spring is an important celebration, and it was heralded by 0the sudden appearance of a line of daffodils, just about ready to bloom, near the door to my garage.  They pushed up through last year's leaves and moss and there they are, like gold-tipped spears.

Of course, Friday's appearance is a wonderful thing to celebrate.  It is not that I grudge my day job, I simply like the time to step back and catch my breath.  Sleeping in on a Saturday morning is a prospect to celebrate. 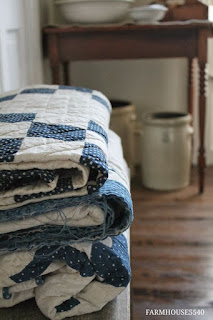 It is nearly time to break out my quilts, one made by a very dear friend, the others heirlooms of various 'importance'.  I have a very old one, made in 1843, of blue-dyed and white cotton muslin, celebrating the marriage of two people, their names embroidered in red cross stitch on the corner.

Incidentally, if you have an old quilt, don't store it folded with the backer out.  The quilter friend told me that that strains the backing.  Always store quilts with the patterned side out.

Now you have something to celebrate!  (The way to store quilts that won't strain them.) and I can lose myself in the memory of the scent of laundry drying on a clothesline.

And  the arrival of Spring!

Welcome to this lovely blog hop, started by VikLit, bless her!
Lexa Cain and her two wonderful co-hosts L.G. Keltner @ Writing Off The Edge and Tonja Drecker @ Kidbits are presiding.

Check them out and be prepared to smile!


What am I celebrating?  Well, changes, comings and goings. I spoke of Jesse James (my darling old dog) earlier.  He's left quite a hole in my household, but lots of smiles, as well.  And it appears that we may be having a new little presence in a couple months in the form of a puppy.  Jesse's wisdom and humor linger.  We learned a lot from him, and the puppy will benefit from the years we had him.  Meanwhile, we're remembering and smiling.

On another front, I am finishing two stories, a full-length novel set in Paris and a fable that I've mentioned before...  Or, I will be once I start up again in April.  I've been beta-reading (VERY enjoyable!) doing this and that.

And fiddling with things.

Which brings me to my celebration.  I have a cover nearly finished for the fable.  I've posted a version of it before.  It prominently features a magnificent crocodile that is a major force in the story.  The photo I found was perfect...  It had been printed in a newspaper.  If you are using photographs or other images, you must, if you are honest, verify that they are in the public domain and, if not, secure a license to use them.  As an amateur photographer, I understand what goes into taking what your eye sees and turning it into a work of art.

So, the crocodile.  I searched for the photographer...and I finally found him.  Or, rather, his name.  I looked him up by name and located his website.  At his website, I swallowed hard and took a deep breath.

The man was a superb photographer.  He did work for the National Geographic Society.  He was as good as Galen Rowell (if you know photography, you will know the name).  I couldn't possibly afford him.

But one must ask.  I wrote to him, told him what I wanted the image for, explained how I had tracked him down, and inquired whether I might purchase a license to use the photograph.  Knowing his quality and my budget, I also started looking at stock images...

And I received this response:


Hi Diana
Thanks for your enquiry. I can confirm that the image of the crocodile is one I took in 2005. The Courier Mail published it without my permission (which is far from unheard of). I have full copyright over the image however I preference how I license images depending on the status/capacity of the use, and the user etc.

I would like to provide you use of this image as a courtesy, since I appreciate the demands on writers in bringing their work to completion. I also appreciate the obvious effort you have gone to contact me.

I have attached a higher res version of the image to assist you.

If you are able to publish your work it would be great to receive a copy.
Good luck.

I looked at the image he had attached and reread the note.  The book will be published and he will receive a copy as well as credit for the image.

...and I am celebrating the nearly finalized cover that I can use now that I have cleared permissions:

What are you celebrating?
Posted by Diana Wilder at 12:30 AM 17 comments:

Jesse James - To All Good Dogs

Today I said hail and farewell to my dog, Jesse James, who lived to the grand old age (for a large Lab) of nearly fifteen years.  It was hard to say goodbye.


What purpose did they serve, all the good dogs that once ran through the world and wait now in the shadowy quiet of the past?

They lightened our burdens and drove away our enemies and stayed when others left us. They gave aid and comfort, protection and security. They held a mirror wherein we might see ourselves as we long to be. They gave us a glimpse of the world beyond the narrow confines of our own species.
Although we make dull students, slowly they help us learn how to command and to protect with wisdom and justice and imagination.
They taught and still teach us the joy of giving generosity and kindness and love - without the thought of gainful return.
And now - all the fleet hounds, the staunch mastiffs, the loyal shepherds, the dancing toys, the fumbling puppies, pets on silken pillows, workers plodding at their tasks, the special ones you loved best, those of ours we still miss.
To all the good dogs, goodbye
Until on some brighter day, in some fair place,
You run out to greet us again 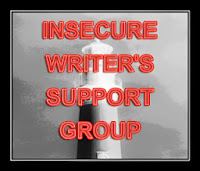 Today is IWSG day. Come join Alex J. Cavanaugh and all the other writers who support each other, make us all smile and think in this monthly hop. No one is mocked or sneered at. All are welcome. We have all been there:
http://www.insecurewriterssupportgroup.com/

The awesome co-hosts for the March 2 posting of the IWSG will be Lauren Hennessy, Lisa Buie-Collard, Lidy, Christine Rains, and Mary Aalgaard!

The 2016 Ossian award, named for the legendary Seannachie of Finn McCool, will be awarded this night to one of the finalists in the year-long contest.

It is the night everyone has been awaiting. One hundred and twenty-five authors have gathered, along with two thousand people, to learn who will be the winner…  You see the happy fans crowding at the border of the red carpet...  The flash of cameras...
Who will it be?  The entries have been read and shared and judged.

The Master of Ceremonies, resplendent in an Irish kilt with the O'Shaughnessy tartan (Shaughnessy being the Irish name for 'Seannachie' or 'Bard')

The name is announced...  The sudden silence is shattered by waves of cheering as the winner steps up to the podium.

She exchanges a ceremonious embrace with the MC, takes the award, a bust of the Seannachie, Ossian, looks at it, sets it down, and steps up to the microphone.


“Ladies and gentlemen.  It is with great pleasure that I accept the Magical Words award!" she says as a wave of applause fills the amphitheatre.


She continues, "There were so many entered in this contest, seeking this prize, so many years of dreams and endeavors, reams of printer paper and gallons of ink, ballpoint or otherwise…   The sheer work that lies behind all those who entered this contest, whether or not they made the final few…”

The audience murmurs appreciatively as the winner takes the award between her hands, looks deep into its eyes, and says, “And it’s about time that you came to me!”


The murmurs stop as though they have been cut off.   People stare, papers rustle, frowns begin to deepen.   ...And she stands, the statuette in her hand, smiling imperturbably while various people resolve never to read a thing she writes, ever again.

So… what’s wrong with this picture?  Too brassy?  Demeaning?   In what way?   Was she speaking the truth as she knew it?  And if she did, what was wrong with that?

Well, there are ways and ways of saying things.  Arrogance is  never a good idea, but it is as big a lie as overdone modesty of the 'Gee, it wasn't any good at all' sort.

I remember once hearing a talk that moved me profoundly.  When next I saw the professor who was the speaker, I told him, shyly, that his talk had meant very much to me, that it had given me much pleasure and comfort, and made me think of things in a different way.  All of this was earnestly sincere.

I remember that he stared and said, "Well, it really was not one of my better presentations..."  (Did that make me a liar, or simply tasteless?)

This is my thought for this month’s IWSG:   Are we wrong to acknowledge our own abilities?

I don't think so.  We shouldn't be shouting about how great we are, but by the same token it is fine to admit that maybe we are good enough for someone to entrust hours of his precious time reading our work.


And it isn't such a bad thing to be happy with ourselves even as we continue to try to improve.