Parisian Encounters - of Cops and Angels

Sometimes reality and mystery intersect in strange ways.  Things that seem unlikely or impossible become probable and likely.  We touch mystery and the sublime as we walk through our lives, and sometimes - but only sometimes – we stop to take a closer look.


I had an encounter once that on the surface was certainly of this day and age.  I was nearly mugged, at the very least, on a back street in nighttime Paris.  But the echoes it stirred some weeks later spoke of something a little different.  My imagination?  Probably.  I have one, after all. ﻿﻿﻿﻿


I am writing the second book of a trilogy set in 1830's Paris.  The idea came to me suddenly after listening to music.  Ideas come in odd ways, and when you unravel them, you often find your way to a story, as in this case. 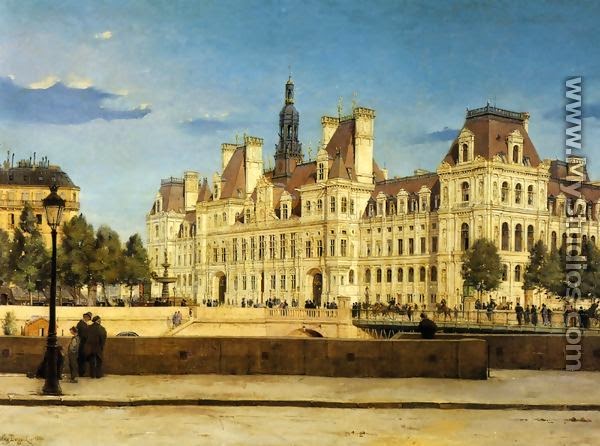 Paris is a hard city to research.  It has charmed people for centuries, but those who seek to know of its physical properties prior to 1860, let us say, are going to run into trouble.  The wide, spacious boulevards that we stroll along, that we see photographed and painted, were sent lancing through the heart of the old city by Napoleon III in the middle of the nineteenth century.  Prior to that, it was a medieval city with crowded, colorful, twisting streets. 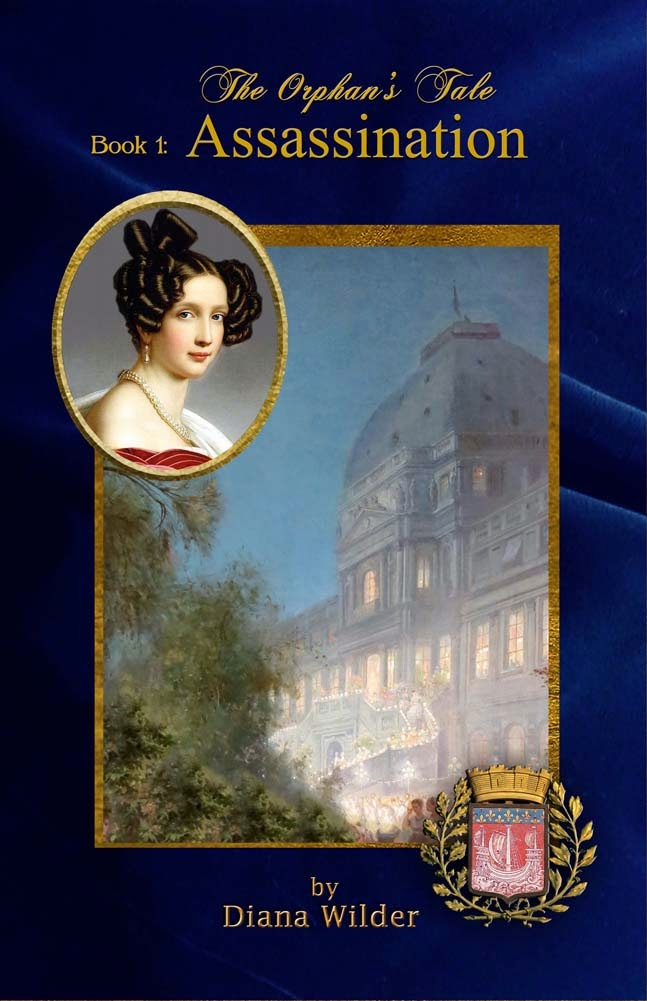 ﻿
I did not know this when I started writing The Orphan's Tale.  I solved the problem by making it Alternate History (from a geographical standpoint).


In those early days I pored over maps, purchased books with illustrations of the different arrondissements, with photos from above, all giving me an idea of the area.  I became very familiar with the streets of the city, which was not necessarily a good thing.


I arrived in Paris in the late evening of a Monday in May.  The manager at my hotel, after giving me a far nicer room than I had reserved and paid for, told me where I could go to find a nice sandwich for dinner. ("Un crocque Monsieur, Mademoiselle? Bien sûr! You will love it!). It was along the Rue de l'Opera.  My Hotel was near the rue St. Honoré, which parallels it.
﻿﻿﻿
Since I was arrogant enough then to think I knew the area very well from reviewing maps, I knew that I could cut out a dog-leg by following  a street that connected those two major thoroughfares.


The detour looked fine on the map, but I quickly realized that it was little more than a dark alleyway. My instincts told me to turn around and go back, and I don't generally ignore them.  As I was about to obey them, three people stepped in behind me, sending my sense of alarm soaring. I now had a very bad feeling.

What to do?  Turn and face them?  To what good?  It was a high-sided, dark alley.  I was one person and there were three.  I chose to increase my pace.  I was wearing shoes called 'City Walker', made for walking in urban areas and styled like high-heeled pumps.  After some years of ballet, I was comfortable in heels.  I walked faster. 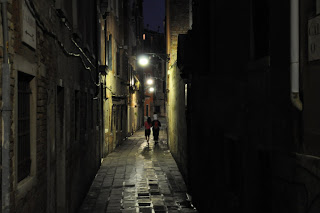 I sped up, myself.  I can walk very quickly, and at this point, with the adrenaline pumping through me and all my senses alert, I was going at a fast jog while not breaking out of my step.


They increased their pace.  And now the alarms were sounding in my head.


Half a breath and I was ready to break into an all-out run.  I could see the Rue de l'Opera ahead, not close, but within reach, and if I was ready to scream—


I drew abreast of a small alleyway and out stepped a tall, strong-looking police officer. Not a Gen d'Arme with the little, beaked, flat-topped hat and the cape, but a municipal cop with a very stern look to him.   He stepped right into the alleyway, hands clasped behind him, and fronted my pursuers, who scrambled to a halt, turned and ran.


I said "Bonsoir!" rather shakily, my heart thundering in my ears. He smiled faintly and bowed.


At that moment I had the strangest feeling as though Saint Michael had stepped in to take a hand.


The rest of my stay in Paris was notable for its beauty and my enjoyment, aside from the moment I realized that I was clicking photos in the Cathedral of Notre-Dame in the middle of mass.  (It is a huge structure, and I was not paying attention to the French words).  I realized my gaffe, capped my camera, sat down, and enjoyed the service.


I mentioned my near-mishap to a friend, who said "You do know that Michael the Archangel is the patron saint of Police, don't you?"


I'm not one of those wifty types (no more than any other writer) and I know what happened: he probably heard the sound of footsteps, realized what was going down, and stepped out to intervene. I think I would have been mugged at best if not for him.


It is strange how trains of thought will alter your conclusions.  I do know that at some point, some time in the future, I will face that man and say (in French, bien-sûr) "Thank you.  You saved my health, at least, then."  And it may just be that he will sheathe his sword and say, "It was my pleasure, Mademoiselle.  I trust you enjoyed Paris…"