How on Earth Do You Write - Some Observations 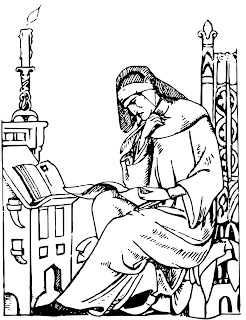 Snippets from discussions on process and necessities in writing:

I seldom visualize the beginning of a novel. Usually I have an idea for a happening or series of happenings upon which the novel is based. Writing their progression almost always leads to clarification of their point of origin (as to the story flow..)
cough! cough! Gosh, I'm sorry. That was a horrible bit of talking.

What I mean is that the flow of the story helps to clarify things that have caused its course.

An example: I'm working on a story right now involving the death of a young man and its effect on his family, including a younger brother and his father, who receives the word late. My first image of the story was the young man's death and his father's initial reaction. As I filled that in, I was able to picture how the fellow ended up in the position in which he was killed.

Ultimately, I realized that the best way to start the story was to show the father taking leave of his sons, with some instructions to the older one. The older son (who dies) has shown uneasiness with his situation, which ultimately leads to his death. It works, but my first image was of the father's initial, anguished reaction.


Another story involves a colossal statue crashing down into the middle of a festival throng. The mystery progresses from there. In that case, that scene is chapter 1 - but there is a prologue set several decades before the provides clues to the mystery.


From what I'm reading, we all have some sort of 'routine', however loose, and some sort of absolutely must do's, no matter how loose they seem.


It's delicious when an idea catches hold and the words come flowing out faster than your fingers can move. But why, oh why, does this happen when you're going hammer and tongs with something that absolutely must be finished within a certain time frame?


You give a shout of joy and then start swearing. Or, I do. 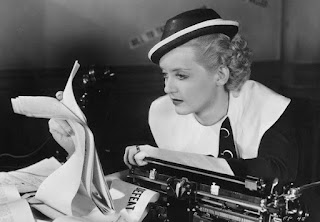 My 'Absolute Must' is that I must somehow, in some retrievable way, capture the idea, the snippet of speech, the scene setting, the plot twist. Thinking 'I'll remember this, certainly!' doesn't work. I speed-jotted a scene that I was delighted with in the manuscript that I am finishing up. Delighted - and I tried to tell a friend just what happened in the scene.  Here's what I said...


He goes on to patrol the upper path, and she goes with him because she believes he needs the company after the extreme danger and stress of the morning.

He says... Well, he tells her... Um. He apologizes. She says he doesn't have to. No, wait! I forgot! She insists on going with him because she is a soldier's widow and knows about how things work.

Anyhow, he tries to apologize and her heart turns over. I think that's how I phrased it...

What did he apologize for? Why, for being emotional a couple days before. You mean you couldn't figure that out? What the heck?

Well, anyhow it was a great scene and I captured it before I forgot it. What do you mean I've forgotten it? I have it written down! 'Mind like a sieve???' Now just a minute! OK, OK, I'll let you read the scene once I print it.