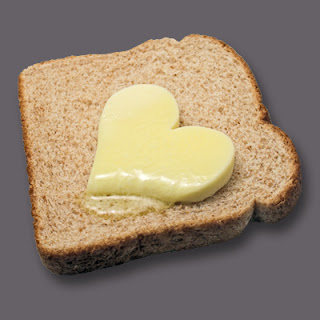 There's an artist whose work I like.  I contacted her to see about possibly commissioning a work, and an interesting discussion ensued.  Thanks to some things that were happening, she had trouble understanding my explicit statement that I didn't want a copy of anything by anyone.  She stated that she did not do such things; when she finally got the message she said that she didn't do commissions, but would offer a 'first refusal' to me.  I would see a work and have 24 hours to decide if I wanted it.
That seemed fair enough.  I replied that I would certainly be agreeable to that.
She forgot the arrangement (there was a lot going on) and when I approached her again to ask about a work that she had put up for sale she was nonplussed.  We got into a discussion of her work.  She supports herself with her art (she does other things on the side).   There are things that really move her, that she strives to capture, to achieve.  And there are pieces - well executed, to be sure - that put money in her pocket.  Nothing exciting.
I mentioned one piece that was available, and she said, "Well...  you know...  I hate to say it, but that is a bread and butter piece."
The inflection was interesting, almost as though there was no merit at all to it.  As though it were something cranked out to satisfy people.
I said something suitable, and we ended the conversation with the remark from me that I would be in touch.
Then I went and looked at the bread and butter painting again.
Hm.  Nice balance, a good play of color, capturing the idea of 'negative space' through the trees, on the water...  I have a pretty good eye for quality, and this had it - in my eyes.
I started mulling over the notion of 'bread and butter' work, and the notion that people who like something that is not exactly a magnum opus are somehow stupid or tiresome.
No one likes the paparazzi (not that they chase after me), and clamorous people who say that everything you do is fabulous, even when you know jolly well that it isn't up to your own standards can be pretty annoying.  But still...  There's a kernel of liking, of acceptance, even of love in such attitudes.  So why are they so often considered a pain in the neck?
I was at a cat show once, chatting with a woman who bred Burmese.  A man came by, smiled at her cats, complimented her on their beauty, and then said that he had a Burmese at home.  A Champagne Burmese.  The woman said, "Champagnes are just poor quality sables." and turned away.
I was too stunned at this ferocious rudeness to do what I should have, which was to run after him, tell him that his champagne was gorgeous, and introduce him to people with Burmese like him.  What had he done to merit contempt?  He admired her work.  Rather like admiring the artist's 'bread and butter' work.  The stuff that supports her.
Next time someone admires my bread and butter work, I'm going to do what I always do: smile and thank him.  It isn't hard to do.  And who knows?  Maybe he'll want to buy some more bread and butter...
Posted by Diana Wilder at 5:39 PM

Email ThisBlogThis!Share to TwitterShare to FacebookShare to Pinterest
Labels: writing